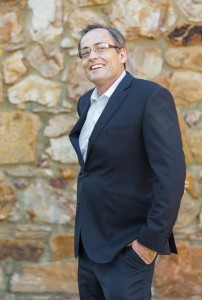 Nicholas is a senior architect and highly skilled specialist in access and heritage consulting. He provides project leadership and tasteful design resolution on architectural projects. He delivers careful analysis and reporting on Access compliance to AS1428 and provides expert Heritage advice or project support on heritage listed sites.

Nicholas came to SQC Architecture in 2014 with 28 years of architectural experience behind him. His particular expertise in heritage and access make him a valuable asset to the team. As a specialist consultant in both areas, Nicholas informs project scopes and costings, design concepts and construction on all SQCA projects. This involves constant liaison with clients, colleagues and builders. Nicholas is also regularly on site to audit and inspect buildings.

Key to Nicholas’s effectiveness is his diagnostic, problem solving and good listening skills. He enjoys the challenges of creative endeavor that results in environments in which people can be their best.

Nicholas cites Frank Lloyd Wright, leader of the Prairie School architectural movement as one to admire and learn from. He appreciates Wright’s continual innovation; developing new styles through exploring ideas and never fearing to push the boundaries of accepted practice. He also relates to Wrights mentoring of the next generation of architects as an important model to continue.

A career highlight for Nicholas involved designing and developing the school campus his own children attended. While it wasn’t an architecturally significant project, he found developing and implementing a vision that provided new stimulating learning environment from which not only his children but others would benefit was deeply satisfying.

Nicholas appreciates having been able in part to turn his passion for history and research - into a career. As a child growing up in the mining town of Grenfell in central NSW, Nicholas developed a great interest in history and his future architectural direction may have been influenced by sketching miner’s cottages in the town.

Time away from work for Nicholas involves tending to work around the house, (DIY attempts) and yard. Nicholas enjoys and highly values time spent with his wife and children and either watching or playing sport.