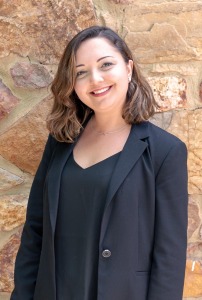 Sofia brings experience from her project work in Mexico as well as being accomplished in on-site supervision.

Sofia, having seen an advertisement for a position with SQCA and living within walking distance to the studio knocked on the door in September 2017 and commenced part-time work the very next week! Sofia had first visited Australia on a six months exchange student program between Monterrey and the University of Newcastle during the second year of her Architecture Degree. She returned to Mexico to complete her five year degree and afterwards worked for a construction firm and also for an architectural firm, but after having such a good experience at the University of Newcastle, the call to return to Australia was too strong!

Sofia’s experience in Mexico had mostly been involved with stone and concrete construction; so she has enjoyed learning new forms, including timber as one of the variety of construction methods used in Australia.

She is enjoying learning and assisting with projects in both the SQC Architecture and The Peppermint Room teams.

Creativity was modelled to Sofia as a young girl with her mother setting up a home business in Interior Decorating which was particularly sought after for her flair and passion for Christmas decorating. So imaginative design has fired Sofia’s motivation as a designer.